The death occurred on Christmas Day of former local publican Mark McLoughlin from Caraban in Ravensdale.

Formerly from Westmeath, Mark was best known for his pub ‘Mark’s Bar’ on Crowe Street – now Toale’s – which was like The Spirit Store of its day with regulars including the likes of The Dubliners and Christy Moore.

Renowned for its traditional music, it was popular amongst people from both near and far.

Recently Tommy Sands caught up with Mark to discuss the old days of Mark’s Bar, with Mark himself admitting “there was no other place like it.” You can view the video here.

A number of live albums were recorded in Mark’s Bar and in 2010 Mark was presented with the Ceol Chairlinn Award for Outstanding Contribution to Traditional Arts for his outstanding service in the promotion of Irish traditional and folk music.

Mark passed away in St Peter’s Ward of the Beaumont Hospital and is reposing at his home from 6pm to 9pm this evening and from 3pm to 9pm on Tuesday evening. Removal will take place on Wednesday morning (New Year’s Eve) to St Mary’s Church in Ravensdale for Requiem Mass at 11am. Burial afterwards will take place in St Patrick’s Cemetery in Dowdallshill. 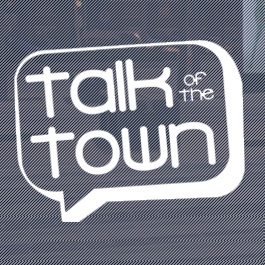